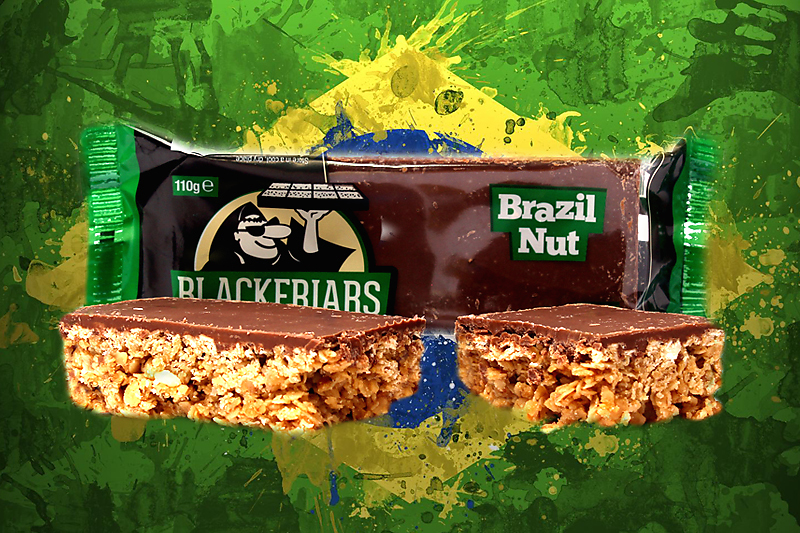 As preparations for the large global sporting event (you know, the one that was invented by the ancient Greeks) prepares to take place in the capital of Brazil this summer, we thought we would find out a little more about the humble 'Brazil Nut', which is actually more closely related to a blueberry (!)  Don’t believe us?  Ask our fellow Leicestrian, Sir David Attenborough.  It is part of the Ericales order…which encompasses the diverse order of Dicotyledons, which includes tea, blueberries, Brazil nuts and azaleas.  Are you keeping up? Our non-nut in question was once grown by a small holding in Brazil, therefore aptly named by its country of origin, but it is now Bolivia that leads the way with mass Brazil nut production.  In fact, half the world’s Brazil nuts come from Bolivia, with the remainder hailing from Brazil, Paraguay, Peru and Venezuela.

The Brazil nut is actually the ‘seed’ inside the shell of the Brazil nut ball, which resembles a coconut and grows on a tree that is 40 to 60 metres high with a diameter of about 2 metres.  The fruit, or hard ball resembling a coconut, falls from the tree during the months of November to March.  It grows in the rainforest as the complex ecological needs of the tree are hard to reproduce on cultivated land.  The Brazil nut, therefore, cannot be farmed in the traditional sense and relies on land conservation, which Bolivia subsidises it’s growers for…which makes Fred really happy – our Brazil Nut Flapjacks are helping to save the rainforest!

So, not only does the humble Brazil non-nut save rainforests, it is extremely rich in the mineral selenium, which is an important antioxidant and plays a key role in keeping your metabolism ticking over at a healthy rate.  It also contains a high level of phosphorus, which keeps teeth and bones strong.  Another reason to smile!