Everything you need to know about Apple Bobbing | Blackfriars 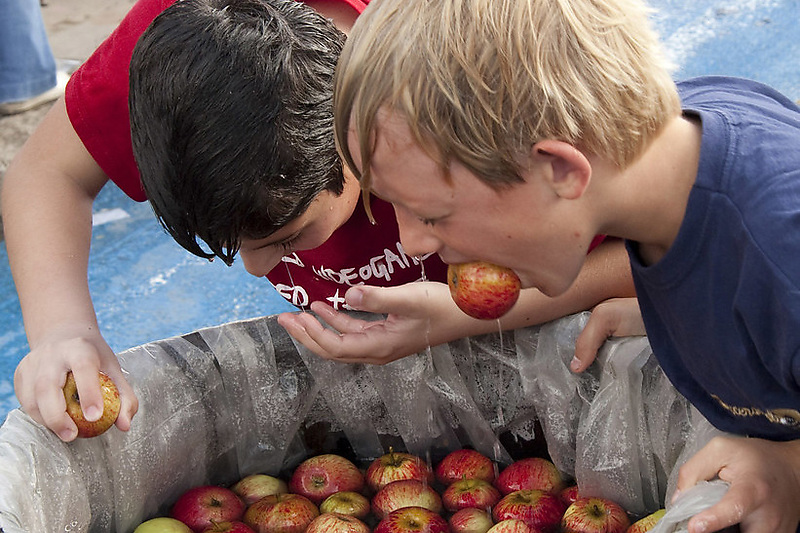 Everything you need to know about Apple Bobbing

What is Apple Bobbing?

Apple Bobbing is a game that is traditionally played on Halloween and enjoyed by people of all ages. This fun family game only requires a large tub of water and a few bags of apples to cover the surface. The players must keep their hands behind their back and try to grab an apple only with their teeth. The quickest player to do so, is the winner.

Where does Apple Bobbing come from?

Originally, young ladies would play the game to see the hand of fate in ones love life. Each apple was assigned to a young man, once placed in water, a young woman would try to retrieve the apple. The amount of tries it took her to grab the apple changes the success of their relationship. One try – they were destined to be. Two tries – the love would fade eventually. Three tries – forget about it. Over time, the game declined in popularity. Only at the end of the 19th century the game was brought back as a fun activity at Halloween parties.

According to the Guinness World Records, the most apples bobbed in one minute is 37. The record was achieved by Cherry Yoshitake in Japan, on 11 October 2015.

In order to increase your chance of winning we have a little trick for you. Try to hold your breath and push the apple all the way down to the bottom of the tub of water before attempting to bite it!

Have some Halloween fun and give it a go!

For all the big apple fans you absolutely need to try our Apple & Raspberry flavour flapjack, vegan friendly, and available in a box of 25 or a 5-pack jack in a box for delivery direct to your door.